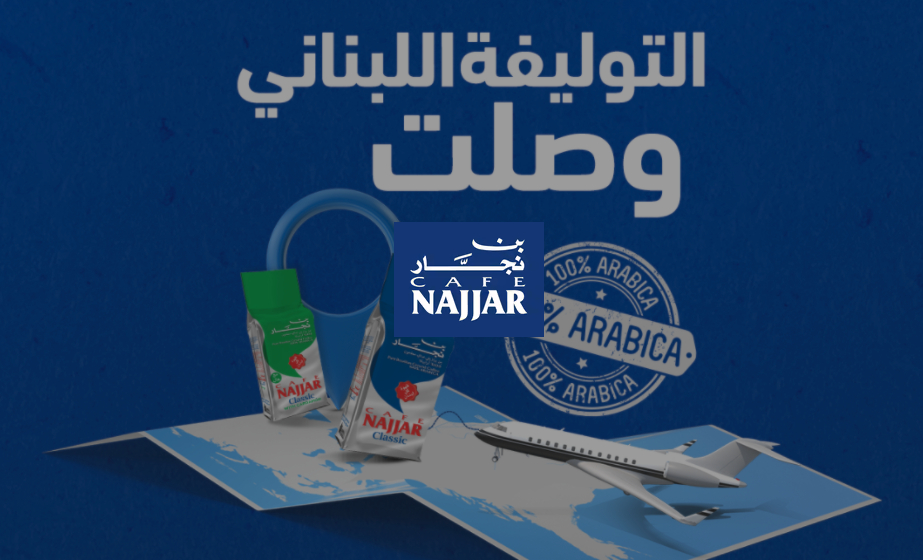 In Lebanon, people don’t ask each other whether they would like a cup of coffee. Instead, they ask, “Do you want Najjar?” This is how big Cafe Najjar is in Lebanon.

Obviously, given this size, the brand expanded into different countries, including Egypt.

Now, one way Cafe Najjar maintains its market share in Egypt is by constantly looking for new avenues of growth. So, when the coffee company felt that direct online ordering was the future, it felt that it was necessary to build its own online platform, leading it to partner with Zyda.

Right out of the gate, Cafe Najjar enjoyed a quick launch, where its Zyda site was online and functioning in less than 48 hours. And, while it had to overcome a few speed bumps at the beginning, Cafe Najjar reached a point where it was receiving hundreds of orders a month on its Zyda site.

Cafe Najjar is one of the biggest names when it comes to coffee in Lebanon. The brand was initially established in 1957 by Michel Najjar and eventually became a market leader there, exporting its delicious coffee to more than 48 countries worldwide.

In Egypt, the Osman family partnered with the Najjar brand, selling their coffee on this side of the red sea. They opened a factory in 1992 and haven’t looked back since.

Given that the brand is almost thirty years old, Cafe Najjar is a legacy brand and has earned its place in the Egyptian market. It mainly sells its coffee through distributors who deliver to restaurants, coffee shops, retail stores, and large corporations.

Recently, Cafe Najjar decided to explore new avenues of growth, propelling it to explore the online world. It wanted to increase its customer base and to reach out to a younger demographic than the one it had been serving for the past three decades.

So, it wanted to explore the possibility of selling directly to the end-customers through an online store.

To that end, Cafe Najjar chose to partner with Zyda. It felt that its Zyda site would be a completely new channel, one that was brimming with opportunities.

One of the main reasons the coffee company went with Zyda was that it wanted a quick launch, which Zyda delivered on a plate:

Cafe Najjar was online 2 days after it had closed the deal with Zyda.

According to Omar Osman, the head of marketing at Cafe Najjar, one of the main reasons the online launch was successful was the strong onboarding team at Zyda.

“The onboarding team at Zyda was accommodating and informative. They kept up with our changing demands.” Omar Osman, head of marketing at Cafe Najjar.

Omar also wanted to stress that it wasn’t only enough to go online quickly, but it was also equally important that their Zyda site preserved the brand and company image. Moreover, he wanted to make sure that the site could work without a hitch to ensure that each customer could have an optimal experience.

Zyda met Cafe Najjar’s expectations in the 48 hours it took to get the coffee company online.

To check out their Zyda site, click on the image below:

In the beginning, there were a few problems to overcome. After all, Cafe Najjar was always used to selling large orders to distributors who then managed the downstream part of the supply chain. And, Cafe Najjar usually had ample time to fill in these large orders.

However, the online world was different. It was much faster: Rather than filling large orders slowly, Cafe Najjar was busy filling several small orders quickly.

This difference in pace meant that Cafe Najjar had to adapt to its online store’s new operational demands.

But, adapt it did. It would consistently test its operations and plug any leaks it found.

Because of this consistent optimization, Cafe Najjar’s Zyda site started picking up steam bit by bit. At some point, the site was funneling so many orders that Cafe Najjar had to hire a dedicated customer service representative who took on the responsibility of the site 24/7 and addressed all the end-customers’ concerns.

Additionally, Cafe Najjar started leveraging paid media, using both Facebook and Instagram. It even partnered with an ad agency to help with its media buying efforts.

Today, Cafe Najjar accepts hundreds of orders via its Zyda site every month. This is not to mention that the number of orders has been increasing month over month, and as Omar Osman says, “At our scale, every percentage point matters. A single percentage point increase can reflect handsomely on our bottom line. Minor adjustments reflect largely over time.”

However, this isn’t the end of the story.

“I love the customer’s tab or CRM feature. Before it was released, I always wished that Zyda had that feature, and I would say that if it were in my dashboard, things would be easier on my end. I even reached out to Zyda’s support team and asked them whether this feature was there. So, imagine my delight when the CRM tab eventually materialized on my dashboard.” Omar Osman, Head of Marketing Cafe Najjar.

This feature will prove handy as Cafe Najjar plans to expand its offerings, introducing espresso pods through its Zyda site.